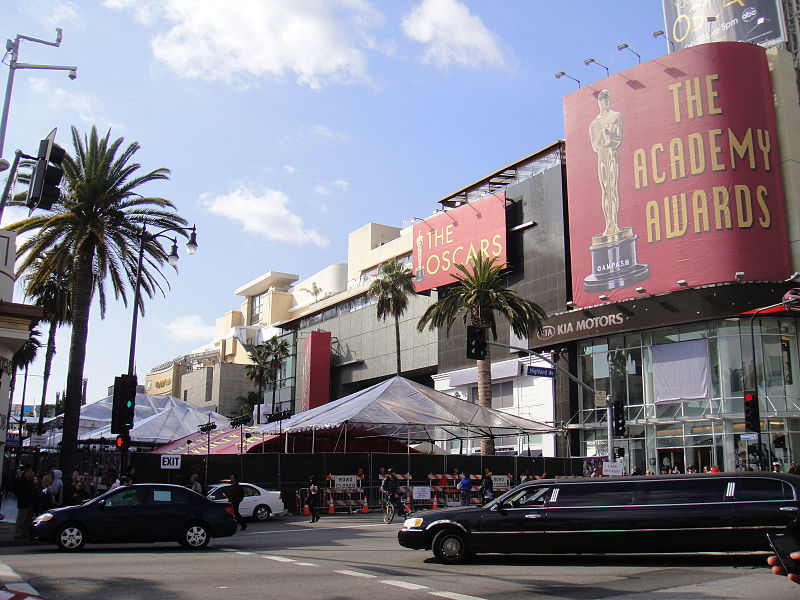 In the movie Spider-man, Uncle Ben tells Peter Parker, “With great power comes great responsibility.” The phrase, which came to be known as the “Peter Parker Principle,” is just as true today as it was 20 years ago when the movie first premiered. And just as Peter took seriously his newfound powers, we take seriously our responsibility to facilitate broader access to vehicle electrification options – quite literally the “great power” here is the electricity that keeps EVs moving. We also understand the power of movies and television to convey the importance of electric mobility, be it through information, entertainment or influence marketing. As such, Hollywood has become a tremendous partner in advancing the EVCS mission.

That is why, this month, we’re featuring the world-famous Hollywood & Highland complex, located at 6801 Hollywood Boulevard in the heart of Hollywood, California. See it here:

The 387,000-square-foot property opened in November of 2001, quickly cementing its reputation as a shopping, dining and entertainment mecca for tourists the world over. Resting on the bones of the old historic Hollywood Hotel, the complex boasts more than 60 stores and restaurants plus the palatial Dolby Theatre, home of the annual Oscar telecast. First-time visitors often find themselves marveling at the magnificent four-story courtyard in the center, inspired by the Babylon Court set from the classic D.W. Griffith film Intolerance, and relishing in its close proximity to other nearby attractions like the Walk of Fame, Madame Tussauds and the Mann’s (now TCL) Chinese Theater. See more about the property here:

According to commercial real estate firm JLL, Hollywood & Highland attracts 25 million visitors per year (about 5,000 every hour) and features 3,000 parking spaces (the most in the city). When the property’s management hired us to install three new 50 kWh DC fast chargers in their cavernous underground parking structure, of course we jumped at the chance. With so many visitors, the demand for an EV charging solution was growing and management took notice. The benefits included catering to a community already steeped in perpetuating environmentally friendly transportation solutions while also attracting new visitors with EVs who may have otherwise taken their retail or dining business elsewhere.

Moreover, case studies have shown that the average EV driver’s overall dwell time at commercial properties with charging stations is typically longer than that of the average customer since EV drivers shop at a more leisurely pace while waiting for their batteries to recharge. For instance, one large-scale discount retailer reported an EV driver’s average visit lasted 50 minutes longer than the overall average – an increase of 327%. And since customers spent an average of $1 per minute during their dwell time, the revenue increase of $56,000 over a nine-month period was more than sufficient to eclipse the scant $430 in extra charges the company spent on its electric bill. We expect, as time goes on, that Hollywood & Highland will note similar economic benefits and can serve as a torchbearer for comparable commercial properties considering EV infrastructure.

All that said, we’d like to give thanks to our highly valued customer, Hollywood & Highland, for trusting in us to install their charging stations and for helping advance the idea that an electric-powered future is not just fodder for the movies, but an achievable reality! 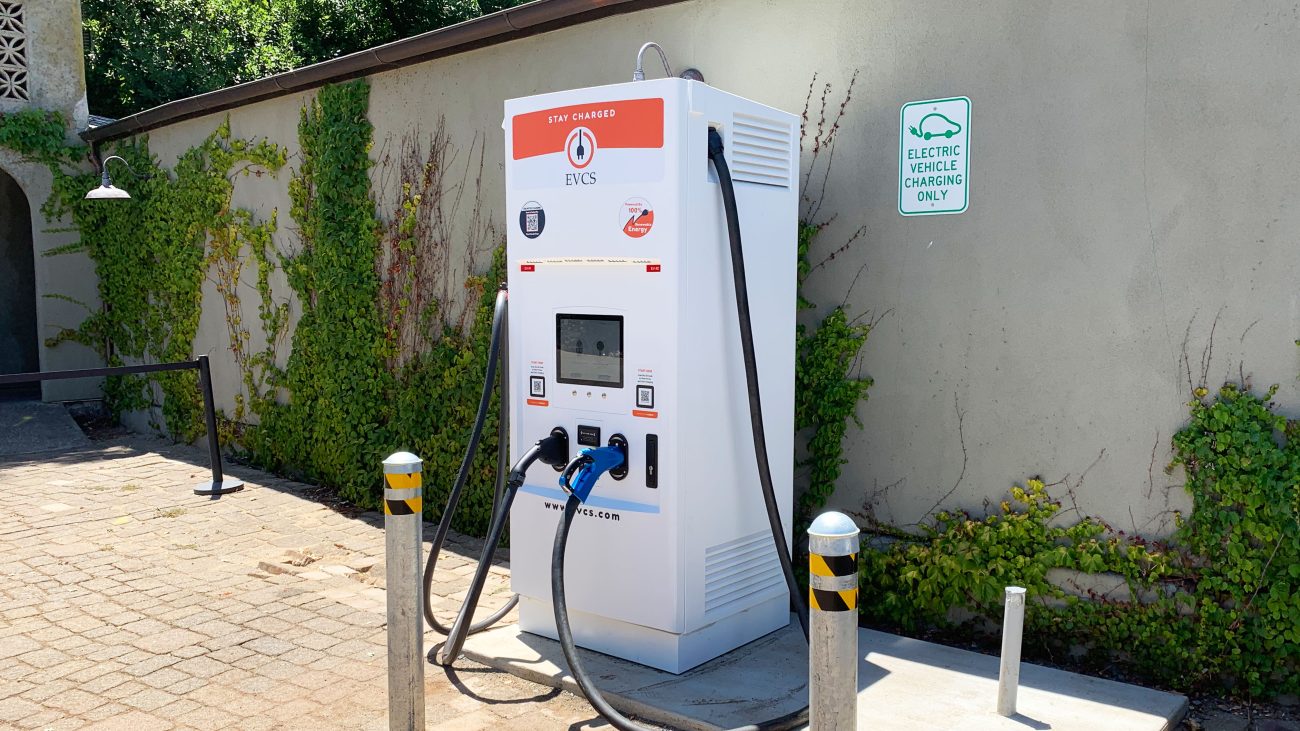 A key focus for us over the last several years has been the installation of additional chargers at holiday hot spots, tourist destinations, and other key points of interest. Not only will it help dispel long-range travel anxiety among many new EV drivers, but it will also lead to a significant reduction in carbon emissions otherwise generated by gas-guzzlers during peak vacation seasons. Moreover, our egalitarian approach to site selection means we’re just as likely to install a charger at a McDonald’s as we are at a Morton’s since we understand the value in catering to a broad clientele. However, higher net worth individuals continue to drive EV sales in the US (a June 2021 Fuels Institute study specifies middle-aged males with household incomes over $100,000), so catering to venues that offer a luxury experience will encourage even greater participation by this group while serving as a bellwether for lower-income drivers who are attracted to the idea of electric mobility as a symbol of status. 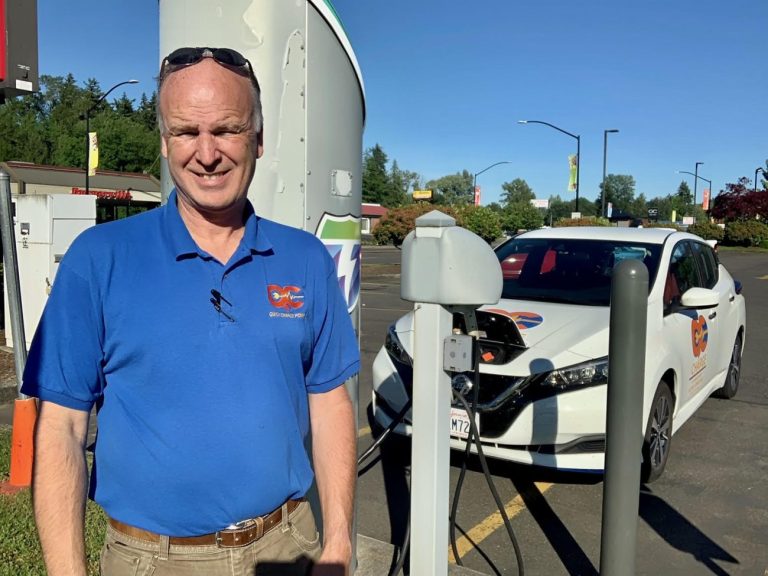 We sat down with EV owner and enthusiast Anthony Williams, a 60-year-old business owner from San Diego, who recently commemorated the 10-year anniversary of his first trans-American road trip in an EV by retracing the same route to see what had changed in the world of EV fast charging, for better or for worse. Below are some of his insights and feedback. 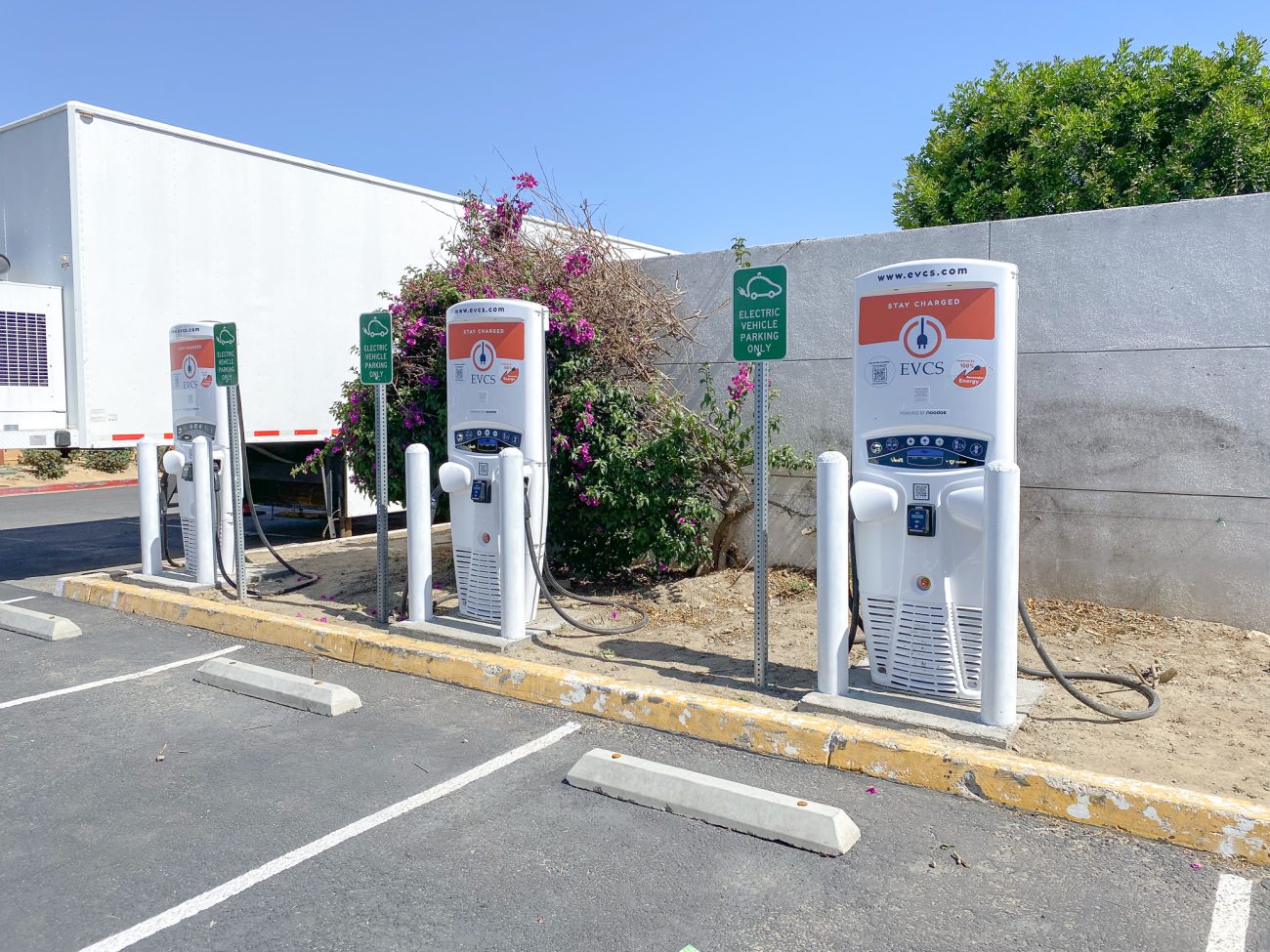 “For us, healthcare is not only about caring for our patients, but also about investing in the people who live in our communities.” These are the words emblazoned across the home page of the KPC Anaheim Global Medical Center’s website. Facilities like these are attractive partners for us because, like us, their goal is the betterment of humanity. In fact, just replace “healthcare” with “electric mobility” and “patients” with “planet,” and you have the EVCS mission statement in a nutshell. Allying with kindred spirits creates a natural synergy for us through the sharing of core values like customer service and an improved quality of life. Imagine then our excitement when KPC decided to install four of our newest DC fast chargers on their Anaheim property, giving us the opportunity to continue expanding our network southward.